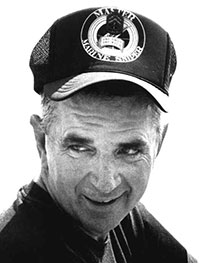 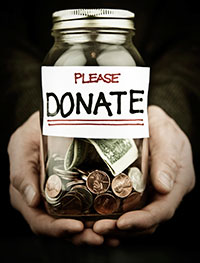 Need to send us gear or cash donations?

Use the address and/or phone number below:

Need to send us gear or cash donations? Use the address and/or phone number below:

A donor who wishes to remain anonymous donated a Remington Model 700 which was built to 1966 M40 specs to us for our next raffle. Chuck Mawhinney had 103 of these rifles given to him and this one is 29 of 103. 1966 specs for a M40 .308 are a plain walnut stock, parkerized barrel, fabric sling, and a Redfield anodized green finish optic. Chuck sighted in every rifle, logged data in his personalized data book included with every rifle he sighted in including the target and provided instructions as to how to finish the ”break in” of the rifle. Databook and hard case are included in the package along with a cleaning kit. Chuck also autographed every base plate with which rifle confirms authenticity.

There are other prizes included in this raffle:

Cigar humidor with custom glass etching of our trademark skull.

Other prizes may be added as the raffle progresses

Raffle tickets are $10 each.

The winner need not be present.

The winner must be able to lawfully possess a firearm.

Emmanuel A of NV won the autographed Sniper exercises book.

Becca S of Round Rock TX won the Camelbak backpack with hydration system.

I would like to acknowledge Glock, OTIS, and Vortex for sending additional SWAG that were not listed originally to round out some of the prize packages.

Many thanks to all who helped out in this endeavor.

8) Carlos A of Montgomery IL won the deluxe OTIS kit

Many thanks to all who have participated!

3) Dyson M of Littleton, CO won the GSL can

4) Mick W of Mooresville, IN won the GSL can

10) Mike U of Orondo, WA won the Spyderco tactical axe

Many thanks to all who have participated as we sold 1292 total tickets.